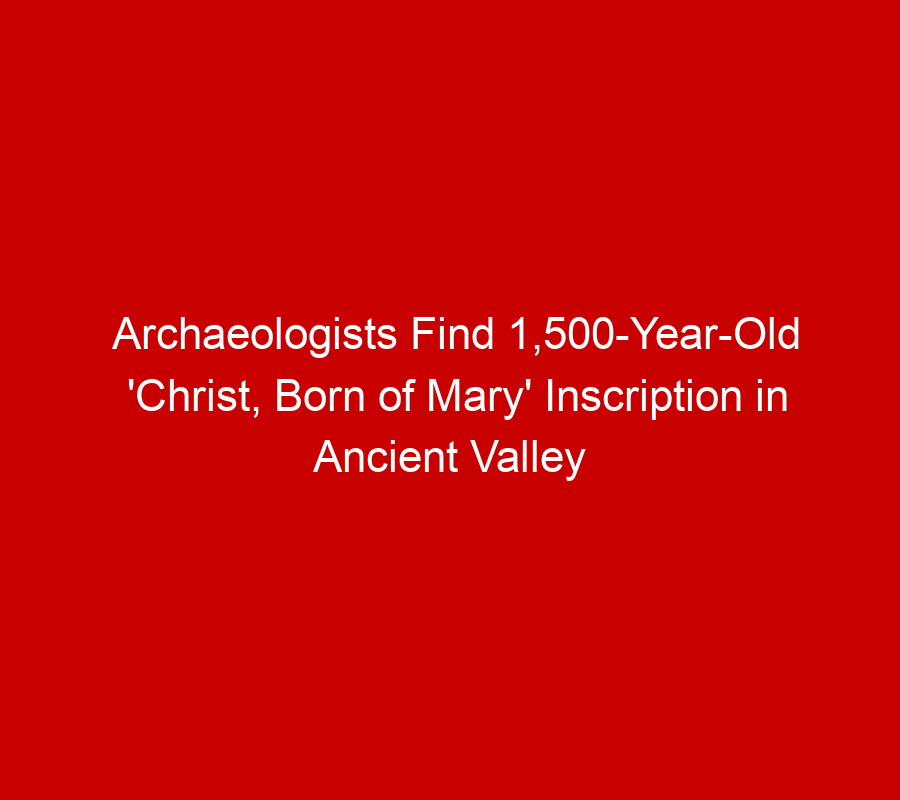 Atop of the already mountainous archaeological and historical proof of Jesus’s existence, Israeli archaeologists have found yet another piece of evidence attesting to Jesus’s time on earth before being taken up. The piece is a 1,500-year-old inscription found in the Jezreel Valley that is apparently a dedication to the Messiah.

According to CBN News, “Excavators found the Greek inscription while digging in the village of et-Taiyiba. The inscription was engraved in stone in what is believed by researchers to be the remains of a Byzantine-era church.”

The full text of the inscription reads “Christ, born of Mary.” This work of the most God-fearing and pious bishop [Theodo]sius and the miserable Th[omas] was built from the foundation …Whoever enters should pray for them.” Theodosius was known as one of the first Christian bishops and researchers say he was the regional archbishop of Bet She’an, in which et-Taiyiba was inside of.

According to Dr. Leah Di-Segni, a researcher at the Institute of Archaeology of the Hebrew University of Jerusalem, the phrase “Christ, Born of Mary” was an inscription used against the evil eye, a curse that at the time designated misfortune or poverty on those whom it was used on. The curse apparently originates from a malevolent glare from someone. It is usually given to someone when they are not aware.

“The inscription greets those who enter and blesses them. It is therefore clear that the building is a church, and not a monastery: Churches greeted believers at their entrance, while monasteries tended not to do this,” Dr. Di-Segni told CBN News.

The find also is noteworthy for another reason. According to Dr. Walid Atrash of the Israel Antiquities Authority, “this is the first evidence of the Byzantine church’s existence in the village of et-Taiyiba and it adds to other finds attesting to the activities of Christians who lived in the region.”

Photo courtesy: ©Getty Images/Krugloff, this is a stock photo