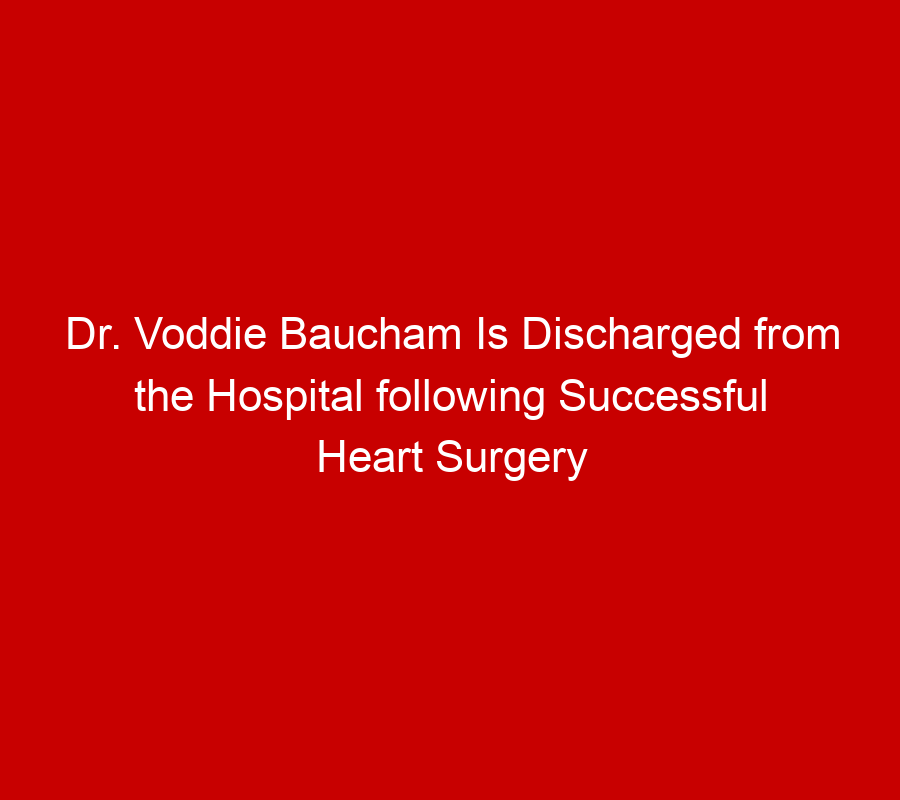 On Friday, Dr. Voddie Baucham was discharged from the Mayo Clinic in Jacksonville, Florida after having a successful surgery for heart failure.

“We thank God for a very successful surgical procedure yesterday. Everything went perfectly, and, Lord willing, I should make a full recovery,” Baucham was quoted as saying.

According to Baucham’s doctors, the heart failure was believed to have been induced by two arrhythmias.

“This is good news because the procedure I underwent is designed to eliminate such arrhythmias, this [is] allowing my heart to recover and remodel,” Baucham noted.  “In other words, I am not expected to stay on the heart failure track (which ultimately leads to [a] transplant) but regain full heart health.”

Mayo Clinic’s website explains that heart arrhythmia takes place “when the electrical impulses that coordinate your heartbeats don’t work properly, causing your heart to beat too fast, too slow or irregularly.”

While heart arrhythmia “may feel like a fluttering or racing heart and may be harmless”, some cases can potentially lead to “bothersome” and “life-threatening” signs and symptoms.

Baucham later posted an Instagram video on his account expressing his gratitude to all who prayed for him. In the video, he also noted that he was being discharged from the clinic.

Baucham explained that his wife, Bridget, was scared at one point, after she found him weeping on the hospital bed because she thought something was wrong. Baucham, however, told her that he had been reading comments from the GoFundMe account and was overwhelmed by the love and support from people all over the globe.

“Thank you. It meant more than you could possibly know,” he said.

While there is still “a road ahead” in his recovery, Baucham hopes that the process will lead to a full recovery of his heart.

Baucham, who serves as the Dean of Theology at African Christian University in Zambia, first started experiencing symptoms in December. The symptoms later got worse after he concluded his winter tour in January, where he spoke at multiple conferences.

As Christian Headlines previously reported, Baucham traveled from Africa to the United States to receive medical treatment for his condition. At one point, according to doctors, Baucham was in the” final stages of a catastrophic event, and within an hour or so of death.”