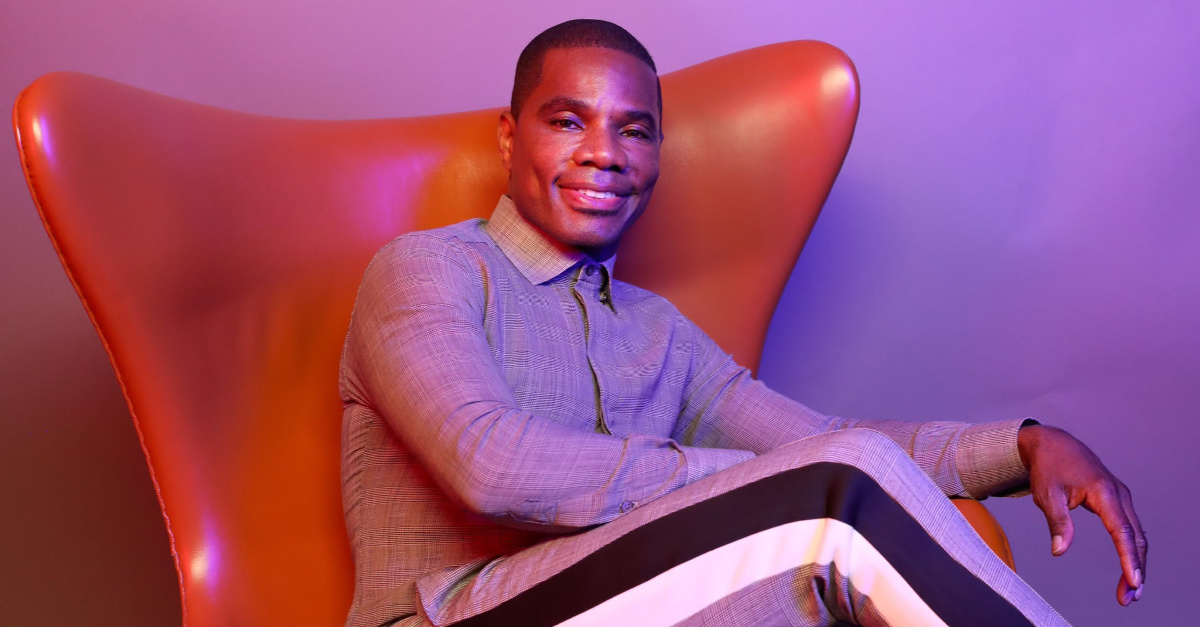 The movie, Kirk Franklin’s a Gospel Christmas, will premiere on Lifetime this Saturday at 7 pm CST. It stars Demetria McKinney, Chaz Lamar Shepherd and Jen Harper.

“The film will show how much gospel music can live and survive outside of just Sunday morning, [and] that it can be on TV, on Broadway and in movies,” Franklin told The Christian Post in a recent interview. Franklin is one of the film’s executive producers.

“It will be a great moment for the genre, the community and Lifetime,” he added.

The movie tells the story of Olivia (played by McKinney), who is an assistant pastor given the role of senior pastor just one month before Christmas. Immediately after taking the leadership role, however, she begins to feel overwhelmed by her new duties, especially since Christmas and the annual winter jamboree are just around the corner.

While preparing the church choir for the jamboree, Olivia bonds with her church community while also falling in love.

“The agenda should be that, whether it’s male or female, that the Gospel of Jesus Christ is being preached and that it’s being shared with the world,” Franklin said. “I don’t want to get into doctrine. I just want to be able to tell stories that align with the totality of the Gospel and the truth. And I think there hasn’t been enough honest conversations about identity and value and the esteem that we don’t have to be cookie-cutter.”

Several themes that are seen in churches today will be highlighted in the film.

“A lot of times — especially when I was growing up in the Church — if you didn’t sound, look and act the way that the seasoned saints wanted you to, you didn’t have a voice. And so, you always had to look like other people,” Franklin explained.

“There’s a lot of simulation which has happened in Christian culture, and so hopefully this movie does show the story of the come-as-you-are,” he added. “It’s a very true lens to see all the sheep, to see all of us at the foot of the cross needing this incredible story of amazing grace.”

The gospel artist also addressed the film’s theme of “church hurt,” which he says should be rephrased as “people hurt.”

“I think sometimes we make the building or institution this magical kingdom … which is the mistake of the culture to create this misnomer that there is a spirit of protection that has to be implied,” Franklin said.

The Gospel singer hopes that the movie will remind viewers, especially those who have been hurt by the Church, that they are sinners saved by grace.

“When you have a canon of sacred writings that showcases winos, murderers, adulterers, prostitutes, liars, connivers and schemers, but then we want the tangible Church to look like this ivory snow place of worship … this gives the true story of why the Son of Man came,” he said. “Because on our own, we are a mess.”

Franklin hopes this film will make way for more gospel-influenced movies, TV shows and other media content in the future.

“Gospel music has always influenced American music, from your biggest pop stars, their musicians and their band of singers — [who] are all from the black church,” he said. “And so, we see that influence is all over pop culture for years from Elvis Presley to Kanye West. … This is an opportunity to just showcase the viability of the genre [of gospel music].”

“It’s been fun. It’s been great,” he added. “I’m looking forward to people seeing the film.”

The film is directed by Erica Sutherlin and is produced by Franklin, Leslie Greif, Eric Tomosunas and Ron Robinson. Swirl Films and Big Dreams Entertainment also took part in the film’s production.