Blog Christian News 'I Left a Bible for You': Family Forgives Robber, Wants Him to Return for Gift

‘I Left a Bible for You’: Family Forgives Robber, Wants Him to Return for Gift 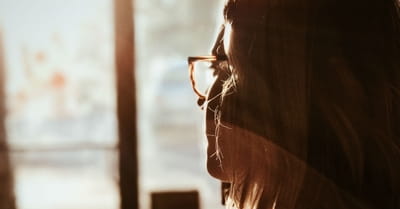 A Missouri family who was the victim of theft says they won’t press charges against the robber who stole their items – and they’re even inviting him back to their house for a gift.

Jennifer Collier of Jackson County, Missouri, says her family was in the back of their property doing yard work over the weekend when an unidentified man stole two leaf blowers, KCTV-5 reported. Footage recorded from a security camera shows the man walking up the family’s driveway before running away with the two items. Security footage from a neighbor’s camera shows the man watching the house and waiting for the right time to take the items.

Collier, though, says she already has forgiven the man. She even has a gift she wants to give him: a Bible.

Collier put the Bible in a protective plastic bag and placed it on the front porch.

Jesus’ words, she told KCTV, require her to forgive the man.

“The greatest commandment in the Bible is to love the Lord your God with all your heart, your mind, your soul,” she told the television station, quoting Matthew 26:37-39. “The Second Commandment directly following that is to love your neighbor as yourself.”

Wearing a “Love Like Jesus” shirt, Collier acknowledged it is “irritating” to watch someone else “just help themselves into our home” and steal items “to sell.”

“I left a Bible for you on my front porch,” she said. “If you want to return what you took, it’s there for you because the things that you took – that’s not going to make you happy.”

Collier said the family won’t press charges if the items are returned.