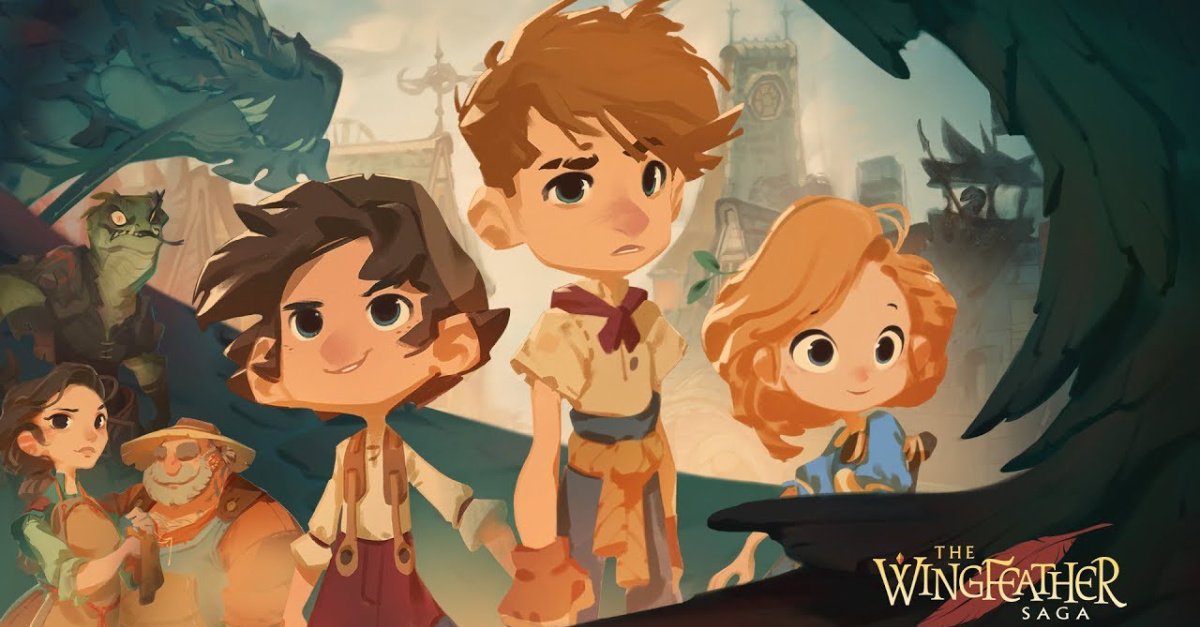 The same studio behind the hit Bible-based television series The Chosen is producing a new animated fantasy series that supporters say is a cross between The Princess Bride, The Lord of the Rings and the world of Narnia.

If fundraising data is an indicator, this newest series may be a hit, too.

The project, The Wingfeather Saga, is based on a series of popular children’s novels by Christian musician Andrew Peterson and follows the Igiby family as they seek safety from evil creatures known as “Fangs” and take a stand against a mysterious ruler, Gnag the Nameless.

Angel Studios – the crowdfunded company that released The Chosen – is producing it. The latter project is a multiseason television series about Jesus that has raised millions from investors and has a perfect score of 100 from Rotten Tomatoes critics.

The Wingfeather Saga also has hit potential. It broke the record held by The Chosen for the fastest crowdfunded television show to reach $1 million, passing that goal in 48 hours. A month later, it had reached its ultimate goal, $5 million, for season 1.

“It’s amazing,” said executive producer and showrunner Chris Wall of the support for the project.

Wall, the producer of VeggieTales and The Slugs & Bugs Show, said the series will operate within a Christian worldview – similar to The Lord of the Rings and the world of Narnia.

It also will be family-friendly, said Wall, who pointed to the plethora of fantasy-based stories in movies and television shows. Few, he said, are viewable by both children and adults.

“I think what [families] are looking for is that high fantasy engagement – great stories that can engage the family,” he said.

It’s “hard to find” fantasy stories “that don’t get problematic” for families, he said.

“Even the Marvel series that they’ve rolled out lately are bumpy for families,” he said.

The Wingfeather Saga, Wall said, will fulfill three goals he and his team set.

First, he noted, “We want stories or tales that we would have geeked out over when we were kids. … Let’s make something we would just be so excited about.”

Second, he said, “We want to create in the audience a sense of deep longing – that is, something else matters in the world.” In other words, “There’s a deeper work happening” in the world driven by the Creator.

Third, he added, the series must be produced “with as much artistic integrity as we can muster.” Put another way: “Don’t let our desire to convey the truth overwhelm the artistic integrity, because that’s when it tips to propaganda.”

The series’ website says families will like it if they enjoyed the “wit of The Princess Bride,” the “epic world of The Lord of the Rings” and “the deep magic in the Narnia series.”

“We’re going to start with six episodes as part of season one, largely telling the story of the first book, On the Edge of the Dark Sea of Darkness,” Wall said. “And then, depending upon audience reaction, which we hope is really strong, we will break out the rest of the books into as many seasons as we can stretch our legs into.”