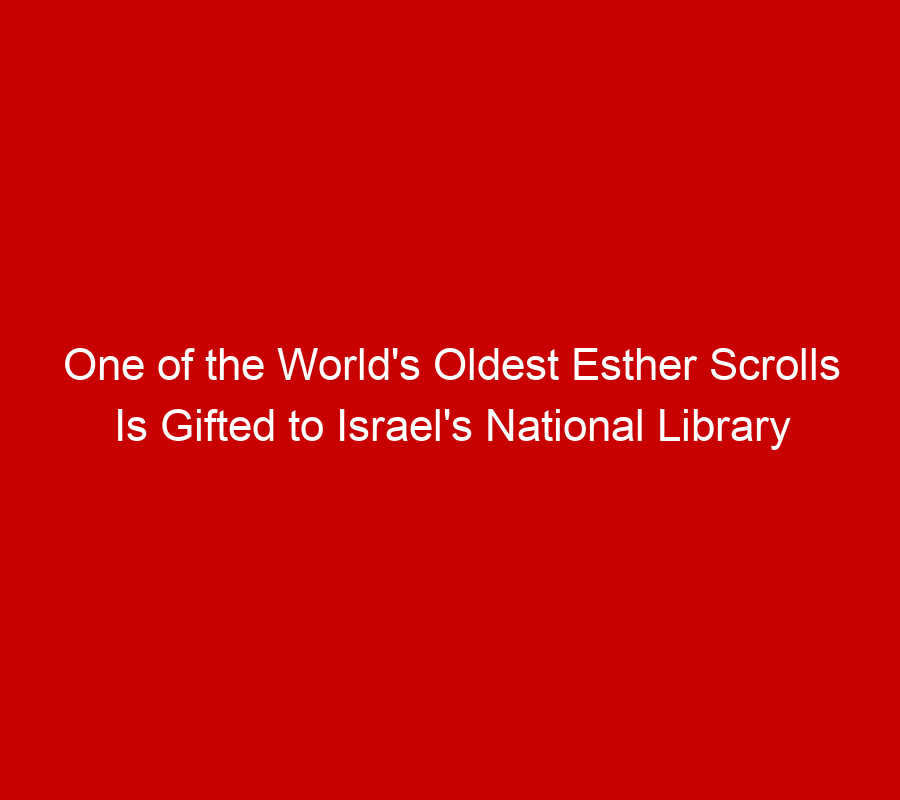 One of the world’s oldest copies of the Book of Esther was gifted to Israel’s National Library just in time for the Jewish holiday of Purim, which takes place from February 25th-28th.

According to scholars, the Esther scroll dates back to 1465 to the Iberian Peninsula. This was right before Jewish people were expelled from Spain and Portugal.

During the Purim holiday, Jewish people around the world reportedly read the Book of Esther, which they call “Megillah.”

Dr. Yoel Finkelman, the curator of the National Library of Israel’s Haim and Hanna Salomon Judaica Collection, said in a statement obtained by CBN News that the scroll is “an incredibly rare testament to the rich material culture of the Jews of the Iberian Peninsula. It is one of the earliest extant Esther Scrolls, and one of the few 15th-century megillot in the world. The Library is privileged to house this treasure and to preserve the legacy of pre-Expulsion Iberian Jewry for the Jewish people and the world.”

It is speculated that a single scribe wrote the copy of the book in brown ink on the leather scroll hundreds of years ago as a way of helping to preserve the Word of God so that it could be passed down from generation to generation. Scholars think the author was Jewish because of the particular script used. The scroll was written in Sephardic script, which is used for other scrolls of the Bible.

There are reportedly few Esther scrolls from the Medieval Times, so this scroll is an important preservation of history.

During the Purim holiday, Jewish people remember their time in the Persian Empire when Esther was chosen by God to go before king Ahasuerus and convince him not to commit genocide on the Jewish people.

The scroll is available for online viewing at the National Library of Israel.

Photo courtesy: ©GettyImages/VladimirZapletin, this is a stock photo