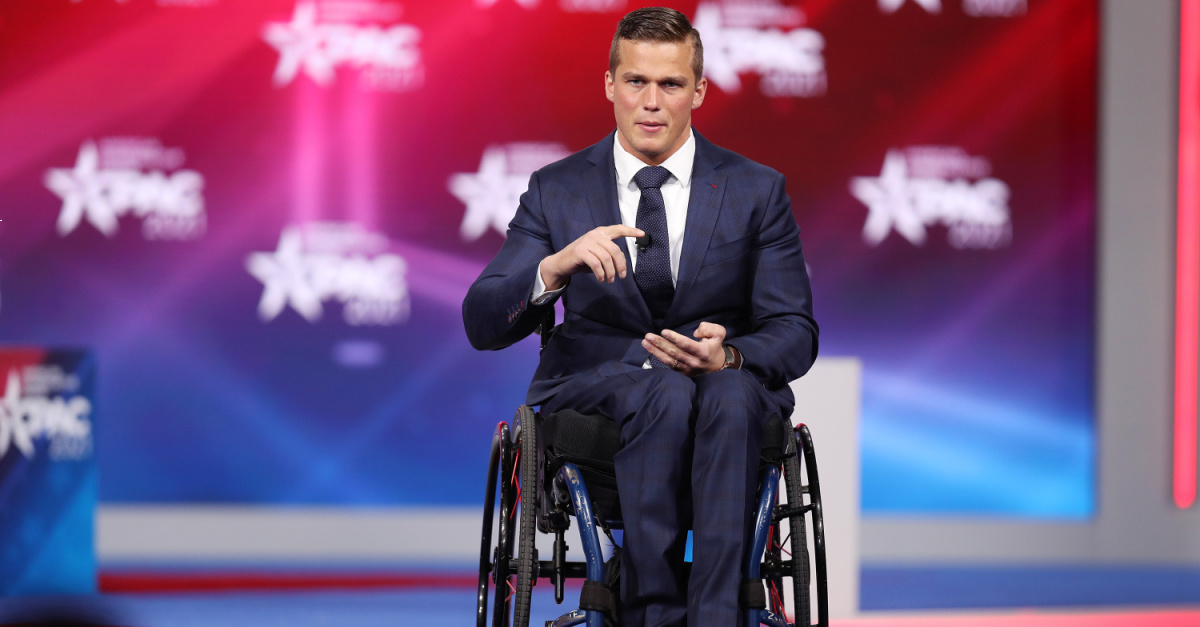 The House Representative from North Carolina said in a new campaign ad that he wants government leaders to “uphold Christian principles.”

“Look at David, look at Daniel, look at Esther — look at all the people who influenced the government of their day to uphold Christian principles,” said Madison Cawthorn in the ad released Sunday night. It is “time for the American Christian church to come out of the shadows.”

Republican representative Cawthorn is seeking reelection in his seat. Cawthorn, 26, is the youngest member of Congress since Jed Johnson, Jr.

As of Monday, his post had received nearly more than 2,000 likes.

“We are going to stand valiantly for God’s inerrant truths,” he said in the video. “It’s our duty to stand up.”

When his name began trending on Twitter Monday, he wrote, “trending because the left can’t stand when Christians in government actually speak up.”

Cawthorn has said he is a Christian, but he has previously drawn attention for some of his social media posting. In January, he tweeted an adaptation of a poem about the Holocaust to promote his campaign merchandise. He later apologized.

He also previously posted photos from a trip to the Eagles Nest, a Nazi retreat used by Hitler. He later removed the photos.

He also was quoted as saying that he tried to convert Jews to Christianity.

In February, Cawthorn met with Jewish leaders from his district to talk about how he can better represent the Jewish community.

“We wanted to help him understand how words, and sometimes his words, have affected our communal perceptions of him, and why, even though his own intentions may have been innocent, his words can sometimes be seen as feeding into the white nationalist agenda,” said Rochelle Reich, executive director of Congregation Beth Israel, an egalitarian synagogue in Asheville.