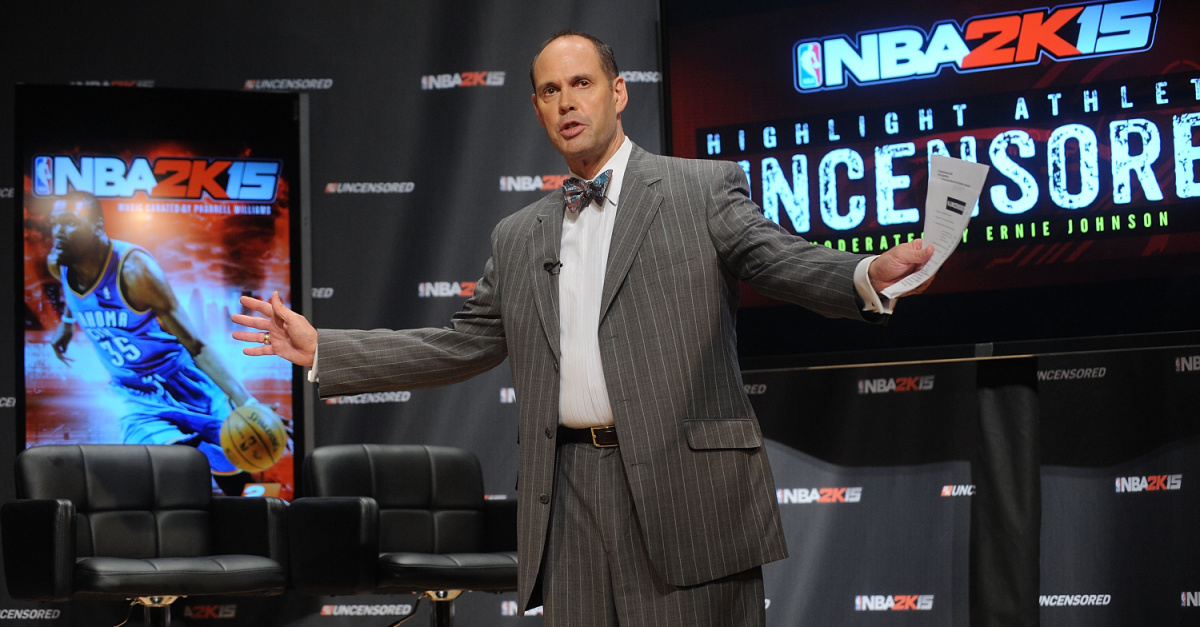 Emmy Award-winning sportscaster Ernie Johnson recently spoke to the Alabama football program during fall camp in Tuscaloosa, sharing the story about his adopted son from Romania.

“When Nick Saban asks if you would come and speak to his football team, yes and no – not the answers. ‘What time?’ is the answer,” Johnson said.

Johnson’s talk with the team has since gone viral for its uplifting and inspiring message.

Johnson, who hosts NBA on TNT, told the football team about adopting his son Michael. After his adoption from Romania, Michael was diagnosed with muscular dystrophy but later became a positive influence on his high school basketball team.

“That heart for others runs deep,” Johnson said. “Where you can lock eyes with a teammate and say, ‘I’d do anything for you.’”

Johnson said when he met Michael as a toddler in Romania, a woman told him that the child was “no good.” He said they brought him home, and he became an inspiration.

The basketball coach at Michael’s high school invited Michael to be a part of the team and to help teach the team about “maximum effort” and “to have a heart for others.”

Michael struggled with speech but continually told others, “Love you too.”

Spend a few minutes watching Ernie Johnson (@TurnerSportsEJ) address the Alabama football team. I promise you it will be worth your time.

“There’s value in everybody,” Johnson told the football team. “Nobody tries to make it about themselves.”

Johnson’s message echoed biblical values of selflessness and service, and in closing his speech, he revealed a T-shirt he was wearing under a button-up shirt. The shirt read, “Be a Better Human.”

“When you step away from your agenda and notice there are moments that you can make somebody’s life better, when you wake up in the morning, think, ‘how am I going to make somebody else’s life different?’