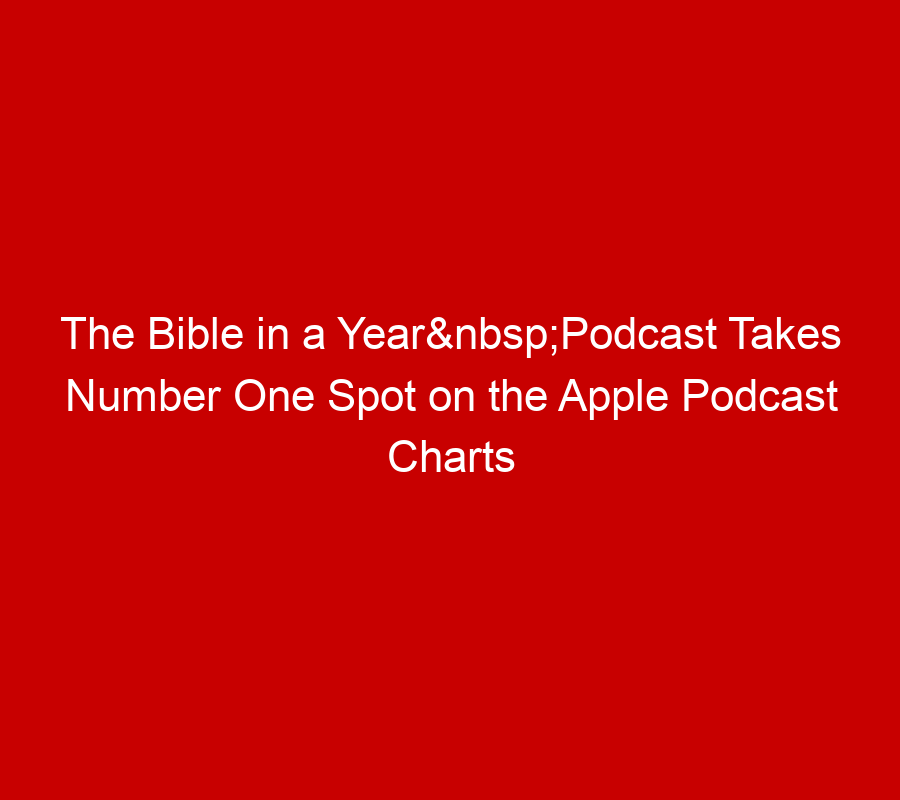 A bible study podcast run by the Catholic group Ascension Presents called The Bible in a Year is the most popular podcast for Apple users, beating out news shows and other mainstream sources.

The podcast is hosted by Friar Mike Schmitz, a well-known Catholic priest who is in charge of young adult ministry at his local parish. The podcast consists of Friar Schmitz reading Scripture and then providing his own supplementary theological and historical context teachings. The podcast is 25 minutes long.

While there were three episodes published in 2020, the podcast really kicked off in 2021. The Bible in a Year has already has gone through the first few chapters of Genesis and has covered some of the Psalms and chapters in Job and Proverbs. the podcast beats out both the New York Times and Ben Shapiro along with NPR and other mainstream news agencies and political commentators.

While this podcast climbed to the top, another podcast by D-Group, a protestant church partnership that works to share the gospel, dropped 8 positions to the 25th most popular podcast. The D-Group podcast, titled The Bible Recap, is mainly summaries of the Scripture passages rather than Scripture readings. The Bible Recap lasts just 6 minutes.

Alexandra Desanctis for the National Review, a national news magazine, argued that the reason people began listening to a Bible podcast is because “so many of us are hungry for more than the news, for rest within a world fraught with division. People long for clarity beyond the sound bites, for a reality that is meaningful and soul-filling, for an answer to the ache we feel for peace and stability amidst suffering and turmoil.” Something many can attest to as false information in the news media is at an all-time high.

You can listen to The Bible in a Year podcast by subscribing to it here.