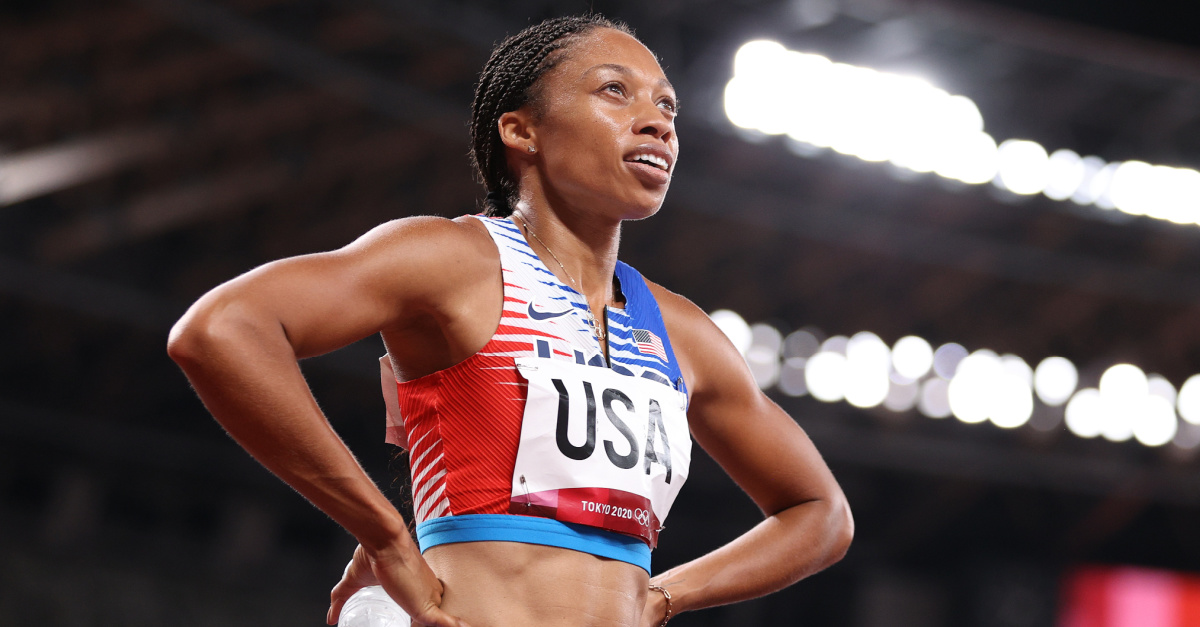 American Olympian Allyson Felix won the bronze medal in the women’s 400-meter dash on Friday, becoming the most decorated female Olympian of all time. She then solidified that position on Saturday by taking home the gold in the 4×400-meter relay.

This is the fastest Felix, 35, has run since giving birth to her daughter in 2015 and the fastest a woman of her age has ever run, NBC Sports’ Tim Layden said on Twitter.

Allyson Felix’s time of 49.46 is the fastest she’s run since 2015, before she gave birth to her daughter. Also, at age 35, no woman has ever run faster older.

Then on Saturday, Felix, along with teammates Athing Mu, Dalilah Muhammad and Sydney McLaughlin, completed the 4×400 meter relay in 3 minutes and 16.85 seconds, taking home the gold medal in the event, the New York Times reports. This was Felix’s final race as an Olympian.

According to USA Today, Felix’s most recent win marks her 11th Olympic medal. She has seven gold medals, three silver medals and one bronze.

Felix is also an outspoken Christians. As Christian Headlines previously reported, as she headed into the Olympic Games, Felix praised God for the opportunity to compete.

“Tomorrow, I step into the Olympic Stadium to compete in my 5th Olympic Games. It might sound cliche, but getting to that starting line is an incredible victory for me. I’ve experienced the hardest years of my life in this journey, and by God’s grace, I’m here,” Felix wrote last Monday.
“With a heart full of gratitude, I’m taking space to remember all it took to get here.

“So when you see me on the track, I hope you understand my fight. As an athlete who was told I was too old, as a woman who was told to know my place, as a mother who wasn’t sure I would live to raise my daughter. I hope you see that for me, it’s about so much more than what the clock says,” she wrote, referencing the difficult childbirth she underwent in 2018.

According to The Christian Post, in 2018, Felix had an emergency C-section at 32 weeks pregnant. Her daughter, Camryn, spent several difficult months in the neonatal intensive care unit before she was able to come home.