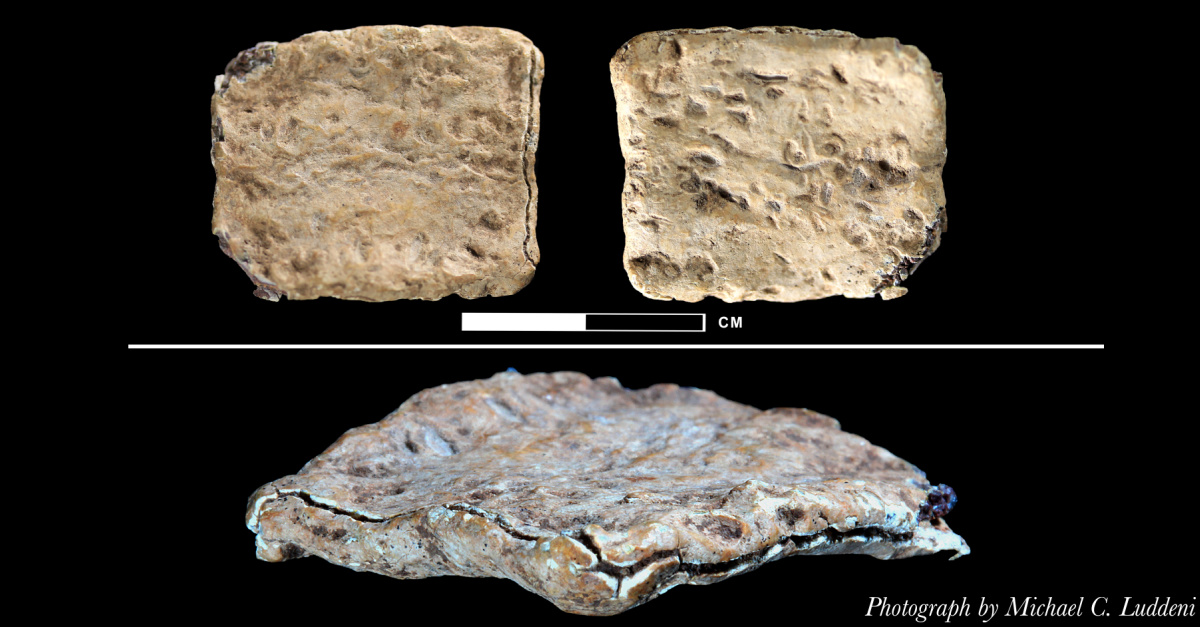 A new discovery from Israel involving an ancient tablet could be one of the most significant archaeological finds in modern history, not only affirming the biblical text but supporting a traditional, conservative understanding of the Old Testament timeline.

The discovery, announced Thursday by Scott Stripling of the Archaeological Studies Institute at The Bible Seminary in Katy, Texas, involves a folded lead tablet about two centimeters by centimeters in size with 40 letters of Hebrew inscription that apparently references events mentioned in Deuteronomy 27:15-26 and Joshua 8:30 at Mt. Ebel. There, the Israelites learn they will be cursed if they disobey God.

The tablet – which mentions God’s name twice – was discovered at the site of Mt. Ebel. More significantly, though, the lead tablet’s text is “centuries older than any known Hebrew inscription from ancient Israel,” Stripling’s organization says.

Stripling said at a press conference of the discovery, “On a scale of one to 10, this is a 10. It doesn’t get any bigger than this. … If the [biblical] text were true, this is what you would anticipate finding. And indeed, it is what we found.”

Secular critics of a traditional dating of the Old Testament often have placed the time of the Exodus from Egypt and the conquest of Canaan at a much later date – and thus calling into question the truthfulness of Scripture.

These critics argue that the Pentateuch could not have been written by Moses – as claimed by the Bible – because the Hebrew alphabet did not exist when he was alive. The tablet’s text, though, would seem to support a Moses authorship.

“One can no longer argue with a straight face that the biblical text was not written” until the Persian period (559 B.C.. to 331 B.C.) or the Hellenistic period (323 B.C to 30 B.C. “as many higher critics have done when here we do clearly have the ability to write the entire text at a much, much earlier date. This tips the scale in favor of an earlier date and does not help the arguments of those who favor a later date.”

A peer-reviewed paper on the tablet will be released in the coming months, Stripling said.

Gershon Galil of Haifa University said the discovery’s significance could not be overstated.

“This is a text you find only every 1,000 years,” Galil told The Times of Israel.

The newspaper said it “may be one of the greatest archaeological discoveries ever.”

“It would be the first attested use of the name of God in the Land of Israel and would set the clock back on proven Israelite literacy by several centuries – showing that the Israelites were literate when they entered the Holy Land, and therefore could have written the Bible as some of the events it documents took place,” the newspaper said.

New Docuseries to Make Case for the Existence of Biblical Giants, or Nephilim