American Sydney McLaughlin Wins Gold: ‘Giving the Glory to God’ and Grateful ‘to Represent My Country’ 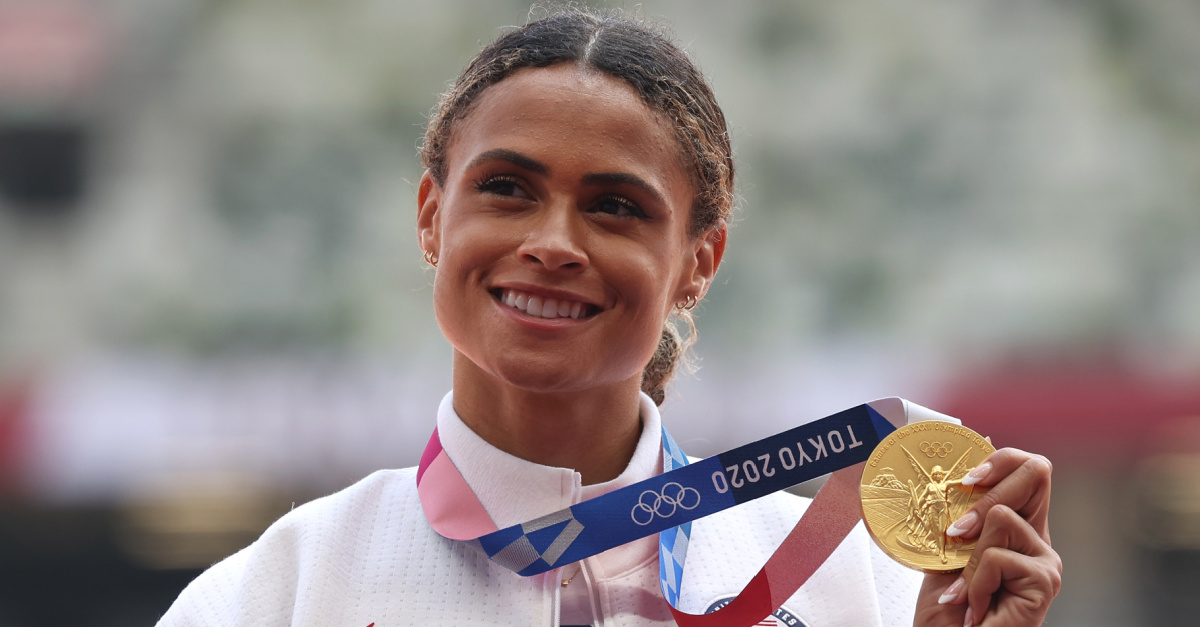 It was one of the best races in Olympic history, but gold medalist Sydney McLaughlin didn’t immediately celebrate.

Instead, she hugged her teammate – silver medalist Dalilah Muhammad – and fell to her knees, as if in disbelief.

McLaughlin and Muhammad, representatives of the United States, finished first and second in the women’s 400-meter hurdles Wednesday in a race that wasn’t decided until the final 100 meters – when McLaughlin passed Muhammad to win the gold with a world record time of 51.46 seconds. Muhammad’s time of 51.58 also was under the old world record time (51.90). That previous world record was set by McLaughlin herself in the U.S. Olympic Track and Field Trials in June.

Track and field experts called it a “race for the ages.” The Guardian newspaper in London labeled it one of the greatest races ever. Muhammad, 31, was the 2016 Olympic gold medalist in the event.

Moments after the race, the two women celebrated together by walking around the track, each draped in American flags.

Asked what helped her pass her teammate, McLaughlin told NBC, “Just trusting the process – giving the glory to God. It’s all – this season, hard work, dedication and just really grateful to be able to represent my country.”

McLaughlin, 21, has been open about her Christian faith during interviews.

When she edged Muhammad at the trials in June, she was asked if she had been frustrated by finishing behind Muhammad multiple times. (McLaughlin finished 17th at the 2016 Olympics – the same Olympics where Muhammad won.)

“Dalilah’s a great competitor,” McLaughlin said, according to Sports Spectrum. “I think I was growing into my own person. And I think the biggest difference this year is my faith, trusting God and trusting that process, and knowing that He’s in control of everything. As long as I put the hard work in, He’s going to carry me through. And I really cannot do anything more but give the glory to Him at this point.”

McLaughlin, who was born in New Jersey and ran track at the University of Kentucky, often discusses her faith on her social media accounts as well. Her Instagram bio reads, “Jesus saved me.”

“I no longer run for self-recognition, but to reflect His perfect will that is already set in stone,” she wrote after she set the world record in June. “I don’t deserve anything. But by grace, through faith, Jesus has given me everything. Records come and go. The glory of God is eternal. Thank you, Father.”