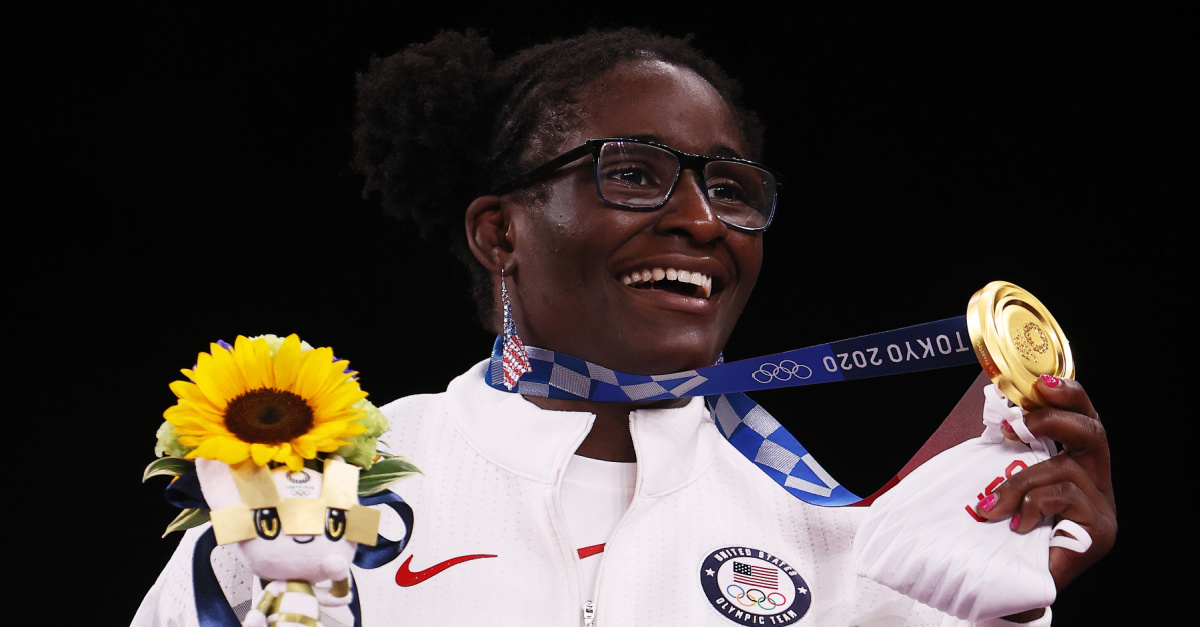 After winning her first gold medal in the Tokyo Games, American Olympic wrestler Tamyra Mensah-Stock thanked God for the opportunity to compete in the Olympics and expressed admiration for her country.

On Tuesday, Mensah-Stock, 28, won the gold in the women’s 68-kilogram freestyle final. She defeated Nigerian wrestler Blessing Oborududu 4-1 after securing two takedowns in the first period. Neither wrestler scored any points in the second period.

As reported by NPR, Mensah-Stock is only the second woman and the first Black woman to win an Olympic gold medal in wrestling for Team USA.

After earning the gold, Mensah-Stock attributed her success to God, thanking him for the opportunity to compete.

“Of course, I surprise myself. It’s by the grace of God I’m even able to move my feet,” Mensah-Stock told a reporter, according to Faithwire. “I just leave it in His hands, and I pray that all the practice … my coaches put me through pays off and, every single time, it does.”

She continued, “I get better and better, and it’s so weird that there is no cap to the limit that I can do. I’m excited to see what I have next.”

Mensah-Stock, who stood with an American flag draped over her shoulders as she fielded questions from reporters, was also asked by one journalist how it felt to represent the United States at the Olympics.

“It feels amazing,” Mensah-Stock quickly replied. “I love representing the U.S. I … love living here. I love it. And I’m so happy I get to represent USA!”

The visibly emotional Olympic Gold Medalist also cried tears of joy as she spoke about her father, who died in a car crash while driving home from one of her wrestling meets when she was in high school.

On Wednesday, Helen Maroulis, who earned a gold medal in Rio in 2016, making her the first female wrestler to ever earn a gold medal for Team USA, will compete in Tokyo.

The Humanity of Simone Biles