Blog Christian News Biden Quotes Isaiah, Pledges to Avenge U.S. Deaths: 'We Will Hunt You Down'

Biden Quotes Isaiah, Pledges to Avenge U.S. Deaths: ‘We Will Hunt You Down’ 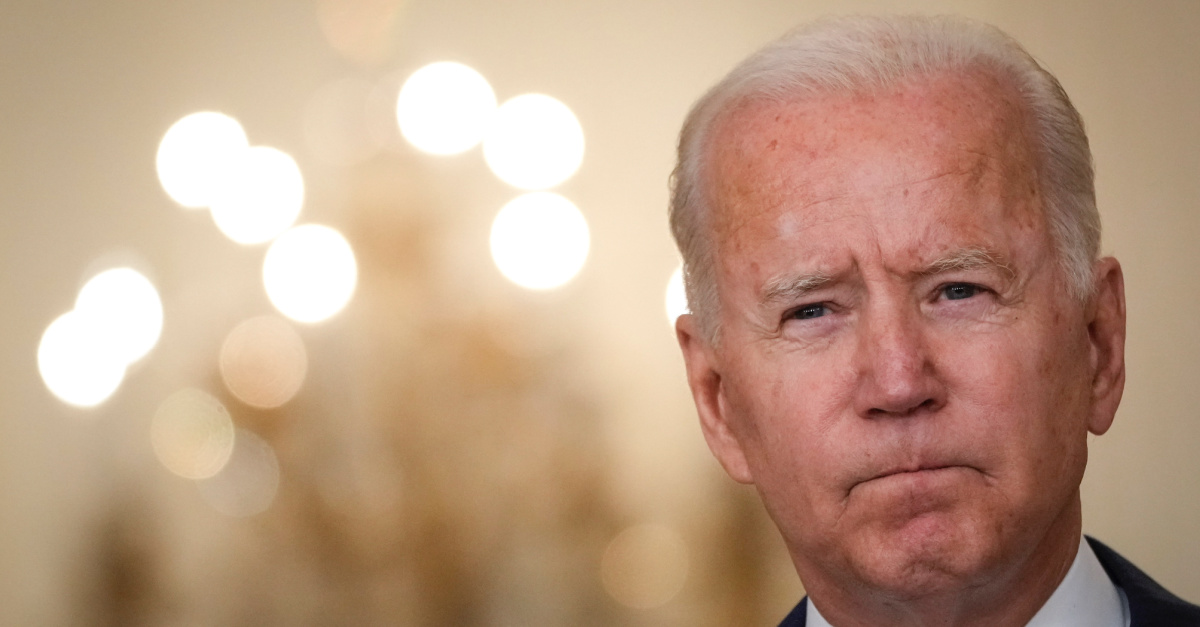 President Biden on Thursday quoted Scripture while commending the service members who died during the terrorist attack at the Kabul airport, adding that the organization that carried out the attack won’t escape.

“We will not forget,” Biden said. “We will hunt you down and make you pay. I will defend our interests and our people with every measure at my command.”

Biden’s remarks came the same day a suicide bomber outside the gates of the airport killed 13 U.S. service members and at least 90 Afghans. (The Pentagon on Friday said it believes there was only one suicide bomber and not two as initially reported.)

The U.S. and its allies, Biden said, had airlifted more than 100,000 people from Afghanistan during the last 11 days as it completes its withdrawal from the country.

Biden called the airlift “an evacuation effort unlike any seen in history.”

The service members who gave their lives were “heroes,” he said.

“They were part of the bravest, most capable, and the most selfless military on the face of the Earth,” Biden said. “And they were part of, simply, what I call the ‘backbone of America.’ They’re the spine of America, the best the country has to offer.”

Biden mentioned his late son, Beau Biden, who served in the Army in Iraq and in Kosovo as an attorney. He died in 2015 of cancer at the age of 46.

“We have some sense, like many of you do, what the families of these brave heroes are feeling today,” President Biden said. “You get this feeling like you’re being sucked into a black hole in the middle of your chest; there’s no way out. My heart aches for you.”

U.S. intelligence believes ISIS-K, an offshoot of ISIS and an enemy of the Taliban, was responsible for the attack.

“These ISIS terrorists will not win,” Biden said. “We will rescue the Americans who are there. We will get out our Afghan allies …and our mission will go on. America will not be intimidated.”

Biden led the nation in a moment of silence for the fallen troops. He also quoted Isaiah 6:8, a verse that historically has been seen as a reference to Christian missionaries and Christian workers around the world.

“Those who have served through the ages have drawn inspiration from the Book of Isaiah, when the Lord says, ‘Whom shall I send … who shall go for us?’ And the American military has been answering for a long time: ‘Here am I, Lord. Send me.”

“Each one of these women and men of our armed forces,” Biden said, “are the heirs of that tradition of sacrifice of volunteering to go into harm’s way, to risk everything – not for glory, not for profit, but to defend what we love and the people we love.”

Paul D. Miller, a Christian writer and a professor at Georgetown University, tweeted, “I am not a fan of Biden using a passage of Scripture about sending preachers to share the gospel as a direct analogy to deploying U.S. troops.” Miller noted that former Vice President Mike Pence was heavily criticized during last year’s Republican National Convention for a scriptural reference that many believed was misused.

I am not a fan of Biden using a passage of Scripture about sending preachers to share the gospel as a direct analogy to deploying US troops.

Chris Vacher, executive pastor at Sanctus Church in Ontario, tweeted, “I’m heartbroken over the loss of life in Afghanistan. I believe Biden is too. But his twisting of Scripture is deceitful, manipulative, and harmful to the peaceful cause of Christ.”

Another person tweeted, “I can do all things through a verse taken out of context.”

I can do all things through a verse taken out of context.