Don’t Confuse Military Action with the Mission of God 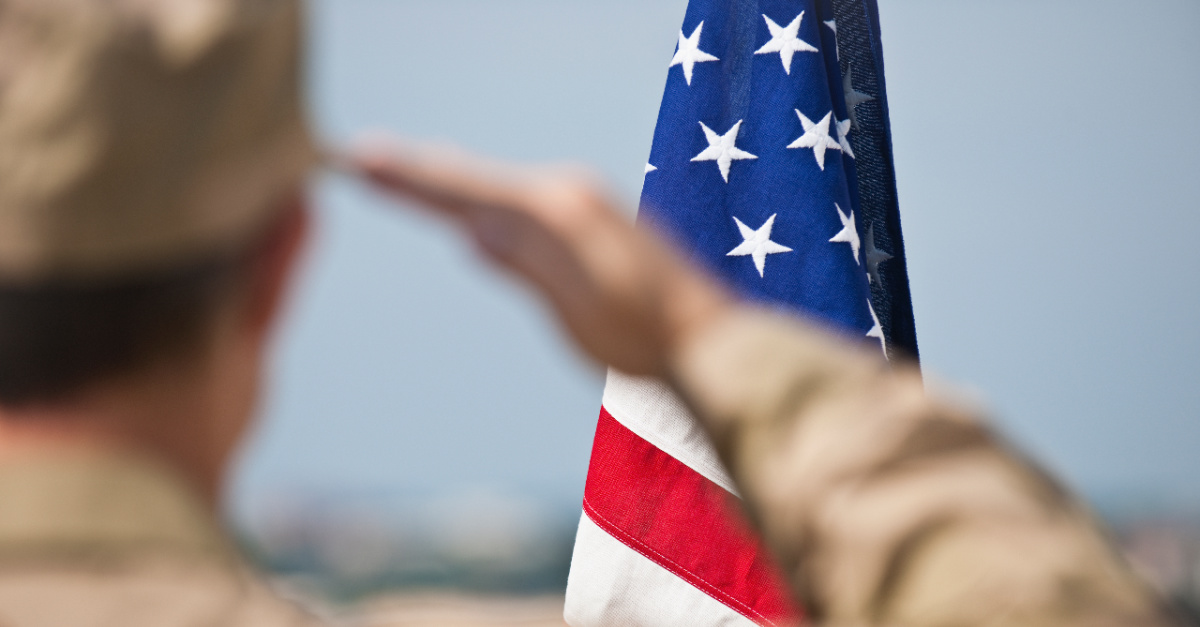 (RNS) — Throughout America’s history, many of its leading politicians and statesmen have misquoted or misused the Bible. While this appropriation is hardly unique to America, it has proven a strong and effective tool in framing people and events in spiritual hues. Yet, lost in this practice is how the subtle — and at times not-so-subtle — mixing of Christian theology and American nationalism can diminish and even co-opt our faith. Too often linked exclusively to conservatives, we cannot ignore how this temptation is bi-partisan.

It was, therefore, deeply jarring for me and other Christians to hear Isaiah 6:8 used by President Biden in his recent address,

“Those who have served through the ages and have drawn inspiration from the Book of Isaiah, when the Lord says: ‘Whom shall I send? Who shall go for us?’ The American military has been answering for a long time. ‘Here I am, Lord. Send me. Here I am, send me.’ Each one of these women and men of our armed forces are the heirs of that tradition of sacrifice, of volunteering to go into harm’s way to risk everything, not for glory, not for profit, but to defend what we love and the people we love.”

As a missiologist, I have spent my life trying to understand the idea of mission. Christianity is a sending faith, one that goes out into the world to bring the message of Jesus to those who are hurting, oppressed and confused. Few texts have been as important to the Christian church in this regard as Isaiah 6:8. Many Christians — me included — can point to moments when God called them to a mission field just as he did here for Isaiah. In essence, the verse is foundational for Christian mission.

At least 13 service members and 170 civilians were killed by explosions in Kabul, Afghanistan. I understand the desire to turn to Scripture to make sense of this tragedy, and this is a good thing. However, while men and women were sent on a mission, it was certainly not the mission we read about in Isaiah. Conflating these two is deeply problematic and harmful in the long run for three reasons.

First, the conflation of Scripture and the United States of America — or in this case, the American military — occurs in both Republican and Democratic administrations. This is inappropriate at best and blasphemous at worst.

Let me be clear: It is never appropriate to take the mission of God in Scripture and apply it to the American military, the American dream or the American way of life. They are not interchangeable. The kingdom of God and earthly kingdoms are not one and the same, nor does the kingdom of God depend on the success of earthly governments, movements, campaigns or wars.

A history of bi-partisan attempts to merge God and country can tempt us to play whataboutism with Christian nationalism: “Yes, Biden should not have said this, but what about when Rumsfeld did … or when others did?” This response not only reveals our own political idolatry but severely underestimates the danger of Christian nationalism that transcends party and policy. The personal faith of the speaker is not the issue. When you confuse the mission of God with a military mission, your kingdoms are conflated and the Christian message itself suffers.

In the weeks following the Jan. 6 insurrection, many evangelical leaders spoke out against the idol of Christian nationalism. At the time, this conversation was predominantly aimed at conservatives, but Biden’s comments reveal the subtle ways Christian nationalism can gain a foothold in liberal circles as well.

It is easy to disparage the use of Scripture by one political side but justify its appropriation by the other as sincere faith. When we do so, it reveals Christian nationalism is simply the new linguistic proxy for our decades-old culture war.

Second, the use of this text in the context of military engagement is not only odd, it demonstrates a complete misunderstanding of the text.

In Isaiah 6, the prophet encounters God in the incomparable splendor of his throne room. Written the year King Uzziah died (estimated to be around 740 B.C.E.), Isaiah was living through political instability and division. Subjugated, terrorized and powerless, the Kingdom of Judah was hopeless as they awaited what must have felt like their imminent destruction.

Against this backdrop of futility and oppression, Isaiah encounters the living God. In the throne room of God, suddenly the nations of the world seem weak and insignificant. After Isaiah confesses his sin, God asks who he can send to the nations with his message. Without hesitation, Isaiah shouts, “Here I am. Send me!”

When we see God in his holiness, it causes us to live a different kind of life. Those of us who have been changed by the good news in Jesus join with Isaiah and say, “Here I am. Send me!” Isaiah’s words in verse 8 exemplify the proper response of any person who encounters the Holy God: a life surrendered to fulfilling God’s mission because we are intimately aware of his goodness.

This text is not about answering just any kind of calling — military, civilian or otherwise — the text is about the call of God on a man of God to spread the message of God and thus to fulfill the mission of God.

Third, Biden’s use of the verse completely misses the heart of the passage, which is what we actually need to hear today. The world does not need more conflation between American foreign involvement with Isaiah 6. While I am thankful for many examples in our history when America has been a force for good on the global stage, applying Scripture to international diplomacy or the military has been and continues to be a recipe for skepticism toward true biblical faith.

Let’s not miss the full gravity of this disaster. The danger to many Afghans, to religious minorities and to international soldiers cannot be lost in sorting through the politics back home.

Yet, now as the Biden administration’s handling of the Afghan retreat has failed, we need to resist compounding this failing with using Scripture as a shield. Equating American presence, even if it is the right political, diplomatic and humanitarian decision, with a divine mission is a dangerous pathway.

I love the word of God and have been shaped as a Christian by Isaiah 6:8. But in using this verse from Isaiah in the context of a military response, the president served the military poorly, framed the American cause inaccurately and ultimately did more harm than good.

As the Christian church looks to respond to the situation in Afghanistan, it is important to take hold of this text in the correct light. The mission of God is a recurring theme that conveys God’s heart for this world. Throughout Scripture, he is a seeking and sending God (Jn 20:21). No distance, nor power nor principality will ever stop God and his church.

It is to this mission — not the mission of military campaigns, political allegiances or earthly power — that the Lord calls us.

(Ed Stetzer is a professor and dean at Wheaton College. The views expressed in this commentary do not necessarily represent those of Religion News Service or Christian Headlines.)