Blog Christian News Colts' Coach Recites 'In Christ Alone' to Encourage Others: Find the 'Power that You Need in Jesus'

Colts’ Coach Recites ‘In Christ Alone’ to Encourage Others: Find the ‘Power that You Need in Jesus’ 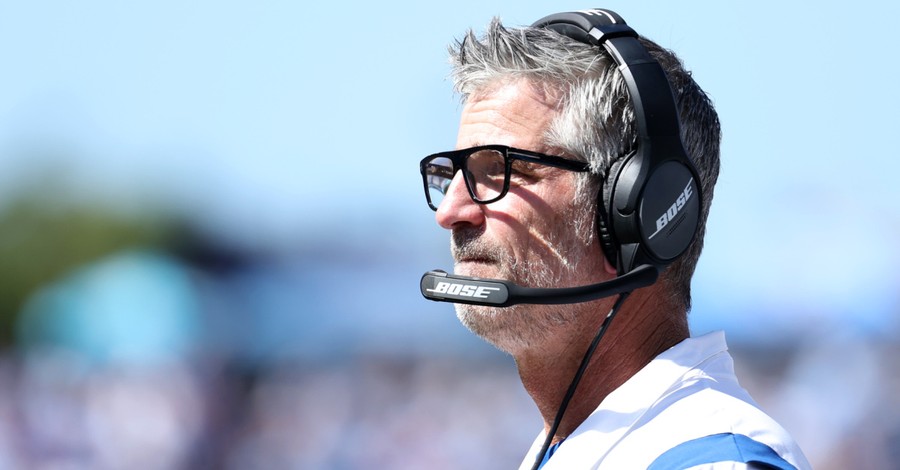 Three decades after quoting the popular Christian song In Christ Alone during a postgame press conference, Indianapolis head coach Frank Reich stood at the podium Sunday and recited it again, saying he wanted to encourage those who are struggling in life.

Reich referenced the song after his team’s 41-15 upset victory at Buffalo – a win that improved the Colts to 6-5 and boosted their playoff hopes with six games remaining.

Reich, a devout Christian, also quoted the song during the postgame press conference in 1993 when he played quarterback for Buffalo and led the Bills to a historic 41-38 comeback victory over Houston after trailing 35-3. It remains the largest comeback win in NFL history.

On Sunday, Reich said he rarely discusses his faith during press conferences but “wanted to offer a word of encouragement” to “anyone out there who is in the midst of a struggle.” He said he had a “few friends in mind.”

“I want to give a personal account to where I’ve found my strength for the journey.”@Colts head coach Frank Reich opens his press conference quoting the hymn “In Christ Alone” with the desire to encourage others to find strength in the Lord! pic.twitter.com/ii1iT7dxCf

He also noted that the Colts’ team is embracing the metaphor of “climbing Mt. Everest to parallel our quest to make it to the top.”

“And I want to give a personal account to where I found my strength for the journey,” he said. “The reason I’m doing that here and now is because almost 30 years ago, after a really big game, right down the hall in a press conference, I shared the lyrics to a song that meant a lot to me – that really spoke to where I get my strength from.

“The song’s In Christ Alone, and it was written by Shawn Craig,” Reich said, referencing the version co-written by the singer from Phillips, Craig and Dean. (It is not to be confused with the song of the same name by Keith Getty and Stuart Townsend.)

“I’m not going to recite the whole song like I did in the locker room back in 1993. But I do want to just share a very small snippet of it. It might encourage someone who’s climbing their own mountain right now,” Reich said. “… The chorus says, ‘In Christ alone, I place my trust. And I find my glory in the power of the cross. In every victory, let it be said of me that my source of strength and my source of hope is Christ alone.'”

Reich’s favorite lyric in the song, he said, is from the second verse: “I seek no greater honor than just to know Him more,” he said.

“So even though it was almost 30 years ago, when I read those words here in this stadium, this week, I was reminded Hebrews 13:8 says, ‘Jesus Christ is the same yesterday, today and forever.’

“It’s crazy that we’re here, but we’re here some 30 years later, not living in the past, but rather attempting to press on to what is ahead. So my encouragement is to keep climbing and to find the strength and power that you need in Jesus Christ.”

Reich is in his fourth season as head coach of the Colts, having led them to the playoffs twice. He served as president of Reformed Theological Seminary’s Charlotte campus from 2003 to 2006. He then pastored a church before becoming an NFL assistant coach in 2008.