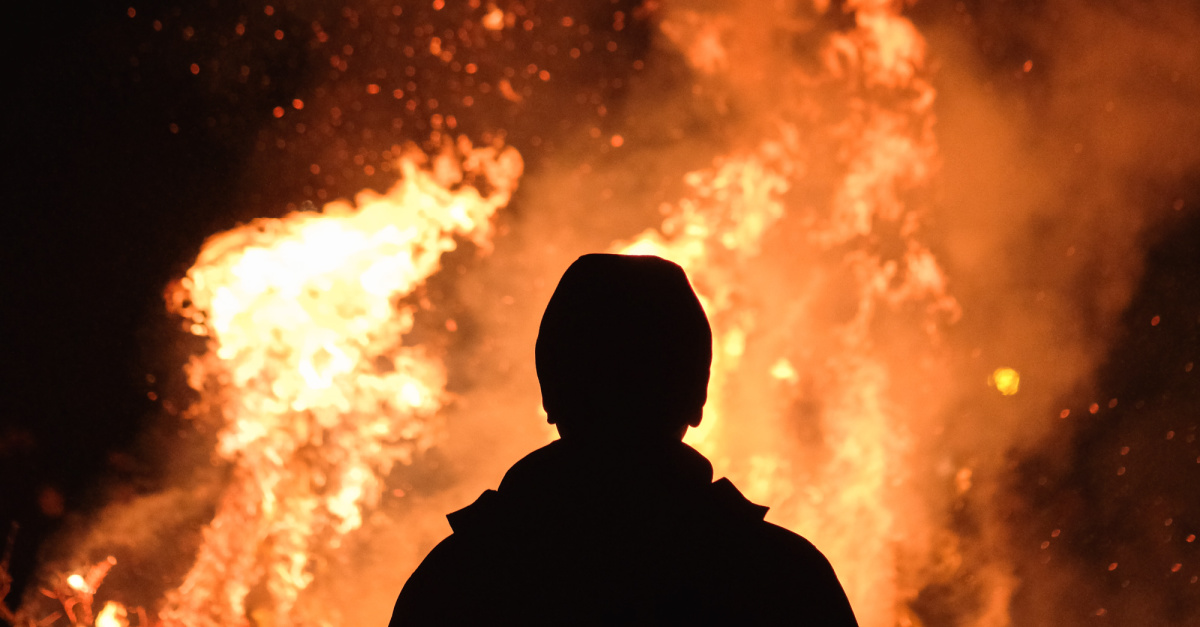 On Christmas morning, a Virginia man and an unidentified stranger ran into a burning house in Norfolk, Virginia, and saved an 80-year-old woman.

According to Faithwire, the unnamed man was joined by a neighbor, Derrick Vaughan. They are both being called heroes and good Samaritans.

The unidentified man was reportedly driving by the home on Christmas morning when he saw the flames. He jumped from his car and found Vaughan, who was trying to knock on the door of the burning house.

When they did not hear anything, they both went inside the home and brought the woman, Helen Willice, outside to safety.

“I … immediately start praying and just sprung into action. You know, it’s the neighbor. So we wanted to make sure that she was safe,” Vaughan said. “It was a little scary and then feeling the adrenaline pushing and pumping real quick.

“I mean, it really wasn’t no time to think. I just want to help, and that’s what I did.”

“I’m just grateful to the stranger that came by, a good Samaritan,” Willice’s son, Michael Willice, told reporters. “This is what Christmas is all about.”

Michael said he didn’t know the good Samaritan who also ran into the burning house with Vaughan, but he was thankful to him.

“We don’t know who he is, but I hope he’s going to be blessed on the Christmas holiday,” he said.

According to WAVY News 10, Norfolk Fire-Rescue Battalion Chief Stephanie Ramsey said the home was severely damaged. The Willice family had lived there for more than forty years.

“I mean, she’s part of the city civil league for Villa Heights. She’s really just in her community a lot. Christmas time, feeding people, she does it all,” he said.

Several firefighting crews were called to the scene to help, but strong winds hampered their efforts.

“This type of construction makes it really easy for fire to travel in the walls,” Ramsey said. “The balloon frame construction and the wind really heavily contributed to the spread of this fire.”

Authorities are investigating the cause of the fire.