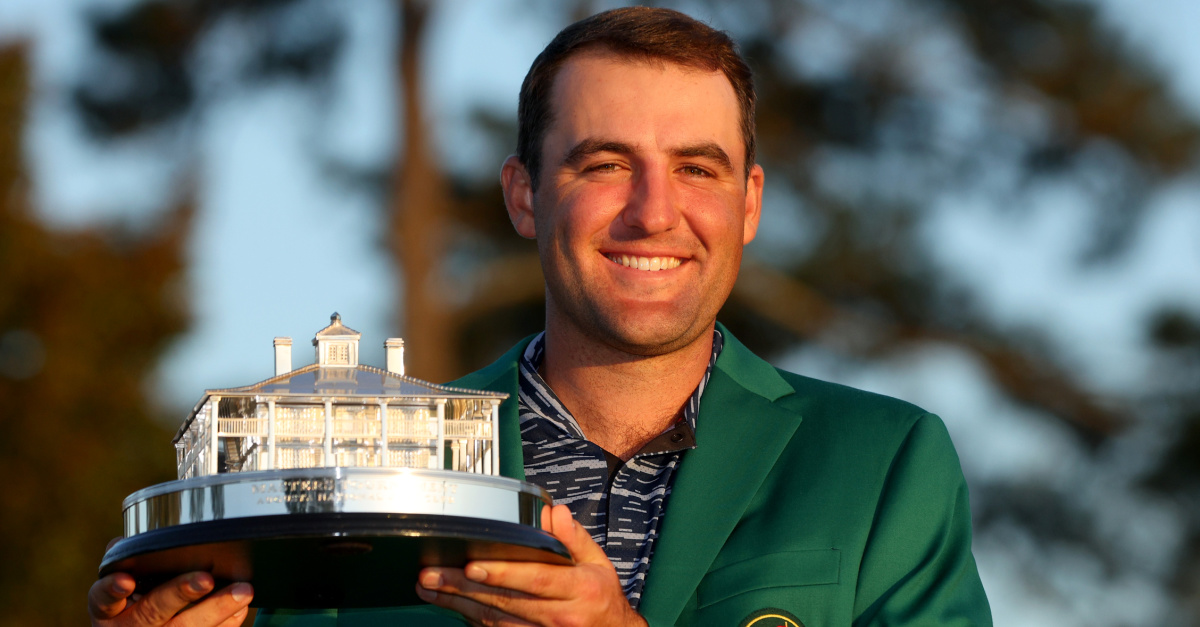 The 2022 Masters champion is a 25-year-old Texan who says he golfs to “glorify God” and who credits prayer for giving him peace on an anxious weekend.

It was his first major championship but his fourth overall in less than two months. In March, he became the world’s No. 1 golfer in the Official World Golf Rankings at a record pace, with a mere 42 days passing from his first victory to being ranked in the top spot. The previous record, held at the time by Tiger Woods, was 252 days.

Asked during a Sunday news conference what drives him, Scheffler pointed to his faith.

“The reason why I play golf is because I’m trying to glorify God and all that He’s done in my life,” Scheffler told media members. “And so for me, my identity isn’t a golf score.”

But on Sunday morning, Scheffler was nervous.

“I cried like a baby this morning. I was so stressed out,” said Scheffler, who lives in Texas and golfed at the University of Texas. “I didn’t know what to do.”

Scheffler said he told his wife, “I don’t think I’m ready for this.” His wife offered faith-centric words of encouragement.

Scottie Scheffler on the morning before today’s final round

Great insight on how his wife & faith got him through today and into a green jacket #themasters pic.twitter.com/9bZg99uU69

Scheffler’s wife, he said, told him that God is in control of his life.

“The Lord is leading me, and if today is my time, then it’s my time,” he said, referencing his outlook on Sunday morning. “And if, you know, I shot 82 today, you know somehow I was going to use it for His glory. … All I’m trying to do is glorify God. And that’s why I’m here. And that’s why I’m in this position. And so, for me, it’s not about a golf score.”

Asked if his faith gives him peace on the golf course, Scheffler said it does.

“Every day when we go out there, Meredith always prays for peace, because that’s how I want to feel when I’m out there on the golf course,” he said. “I want to feel peace and have fun and just feel His presence. That’s her prayer every day. That’s my prayer. And I really felt that today. I felt at peace.”