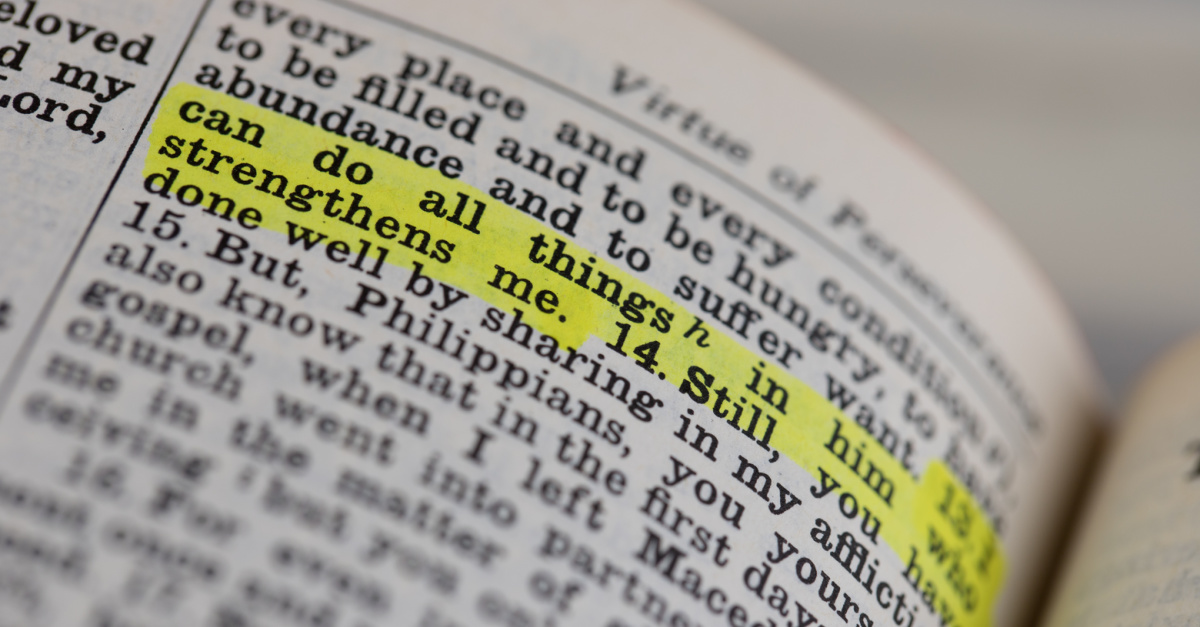 A North Carolina sheriff is rejecting calls from an atheist organization to remove a Bible verse from a sheriff’s office wall, saying in a new social media post, “We need more Jesus.”

At issue is a Bible verse featured prominently on an office wall of the Columbus County (N.C.) Sheriff’s office. The verse Philippians 4:13, which says, “I can do all things through Christ which strengtheneth me,” is displayed on the wall in black letters. The Freedom From Religion Foundation, in a December 6 letter to Sheriff Jody Greene, asked him to remove the verse, arguing that it violates the U.S. Constitution.

The Bible verse, the group asserted, “alienates” the citizens in the country who are not religious. The Freedom From Religion Foundation (FFRF) calls itself an organization of “atheists, agnostics and skeptics of any pedigree.”

In a December 21 Facebook post, Greene said he will not remove the verse, which he said has helped encourage and inspire members of law enforcement.

“The verse is one of my favorite Bible verses, and it seemed fitting for all the adversity I have had to endure,” Greene wrote. “It is very motivational to me and my staff. Here at the Sheriff’s Office, we work hard in everything that we do. Before we execute a search warrant, or any service that puts our people in immediate harm’s way, we ALWAYS go to the Lord with a group prayer. ALWAYS!”

“I would like to thank the folks for all the phone calls and messages of support,” Greene wrote. “Five of our County Commissioners and our House of Representative Brendon Jones have also called with their support. … I will not waiver on my stance and Christian beliefs.”