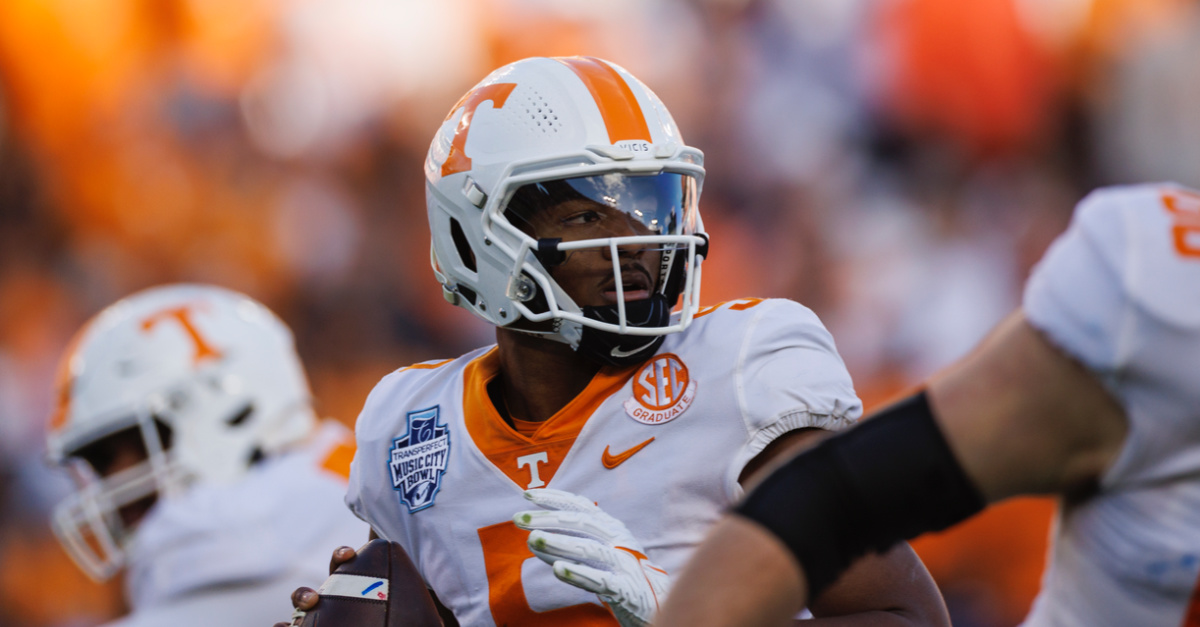 A record-setting University of Tennessee quarterback who opted to return for another season instead of turning pro says he wants to use his talents to “spread the Word of Jesus Christ.”

Tennessee’s Hendon Hooker, who announced in December that he would return for the 2022 season instead of placing his name in the NFL Draft, helped the Vols break multiple records last year, including a school record for points in a season and a program record of 124 consecutive pass attempts without an interception to begin his career. Sports Illustrated ranks him as a Top 50 prospect for the 2023 NFL Draft and predicts he will be the fifth quarterback chosen.

An outspoken Christian, Hooker and his brother, Alston, recently released a book filled with their favorite Bible verses. Designed for children in the form of a comic book, it’s titled The ABC’s of Scripture for Athletes.

Hooker spoke about his faith this month at First Baptist Church in Morristown, Tenn. He was interviewed by the church’s pastor, Dean Haun.

He said he and his brother had their young cousin in mind when designing the book.

“We felt like that would be a good tool for him to use to grow as a learner and grow his relationship with Christ,” Hooker said.

Hooker grew up in a church-going home in Greensboro, N.C., and was the middle child of three. His parents, he said, instilled in him the desire to work hard and embrace his faith.

“Growing up in church, you’re around it all the time, so you really have no choice but to attend,” he said, laughing. “I remember us growing up in children’s church, we had a lot of activities. My dad used to lead activities all the time in children’s church. We used to have game nights where we would play basketball or have laser tag, but it was always a message within the game.

“And that was something I took away from that – that I can use the game to get the message out there and spread the word of Jesus Christ.”

Asked by the pastor how he lives out his faith, Hooker said he attends Fellowship of Christian Athletes events, prays after practice, and encourages teammates in one-on-one conversations.

Addressing the importance of making wise choices in life, Hooker said that “making your own decisions, not being a follower” is key. “Kind of branching out and being different,” he added.

Hooker transferred to Tennessee from Virginia Tech but was not the starter at the beginning of the season. His first major action took place against Pittsburgh during the second game of the year.

“I came in a little nervous. My hands were a little sweaty,” he said. “I just really had to step aside and say a quick prayer and lean on God. He never fails me. I went out there and played with confidence and gave it my best.”